Spicy, garlicky, and earthy this spicy enoki mushroom recipe comes together in minutes for a healthy and delicious side dish.

If you’ve never had enoki, you’ve got to try this spicy enoki mushroom recipe. Simple, straightforward, and with only a few ingredients, it’s funky, spicy and really lets the fungi shine.

Enoki are unique from other mushrooms in the fact that they are very mild tasting, unlike an oyster or shiitake. Since their flavor is so mild, they soak up the spicy garlic sauce beautifully.

The beauty of enoki is in their texture. When raw, they have a slight crunch, but when cooked, they resemble al dente vermicelli noodles in the best way possible.

This recipe takes minimal ingredients and comes together in just a couple of minutes. Make alongside rice, noodles, or with a hotpot.

There are a lot of Asian mushrooms, but enoki might be our favorite. You can find them in your local Asian market but a lot of big supermarkets like Whole Foods sell them now too.

They are pleasantly chewy and a little earthy. What really distinguishes enoki mushrooms from others is the fact they are long and thin.

These long skinny mushrooms are mild and are more about their texture than their taste. Given their shape and size they are reminiscent of noodles.

The first step to this Korean spicy enoki mushroom recipe is to finely chop the garlic and Thai chili. We’re using a whopping six cloves of garlic and two chilis. It may seem like a lot, but trust and believe it’s going to taste great.

If you don’t like a lot of spice, you could only use one Thai chili or use something milder, like a serrano or jalapeno.

Place your garlic and chili in a heatproof small bowl. Heat a neutral oil in a pan until shimmering and carefully pour into your bowl with the garlic and chili. It will sizzle and smell amazing.

Now let’s prepare to cook the mushrooms. First cut off the lower root end. Break up your mushrooms so it isn’t in one big clump and run water over in a strainer to wash the dirt off. Pat dry.

Use your pan you heated up oil in and place it over medium high heat. Place half the mushrooms down and sprinkle with green onions.

Put the remaining mushrooms on top, the rest of the green onion, and then pour the sauce over. Let that come to a simmer, cover, and let simmer for a couple of minutes until the green onion is wilted.

How Long Do You Cook Enoki Mushrooms?

Because enoki mushrooms are so thin and small, they only need about 1 – 2 minutes to cook in a skillet on medium high heat. You can also eat them raw.

How Long Do You Boil Mushrooms?

The time it takes to boil mushrooms depends on the type of mushroom you are cooking. For a baby bella, boil for 15 minutes until they are done.

If it’s a smaller and more delicate mushroom like enoki, it will only take a minute until it’s ready.

What Is A Good Substitute For Enoki Mushrooms?

A good substitute for enoki mushrooms include portobello, cremini, shiitake, and button mushrooms. Portobello are dark, thick, and their texture resembles meat.

Portobellos are popular among vegans and vegetarians as a meat substitute. They are also very nutritious, containing high amounts of potassium and antioxidants.

Button mushrooms are the same type of mushroom as portobello and the difference between them is in their age. Buttons are harvested when they are very young and portobellos are fully grown.

In this fungi family, portobellos are the adults, buttons the babies, and cremini are the teenagers. Cremini are harvested when they are midway through growth, providing a meaty texture but mild taste.

Shiitakes are also a great substitute for the long stemmed mushroom enoki and are very common in Asian cuisine. They have a strong, earthy taste and meaty texture. 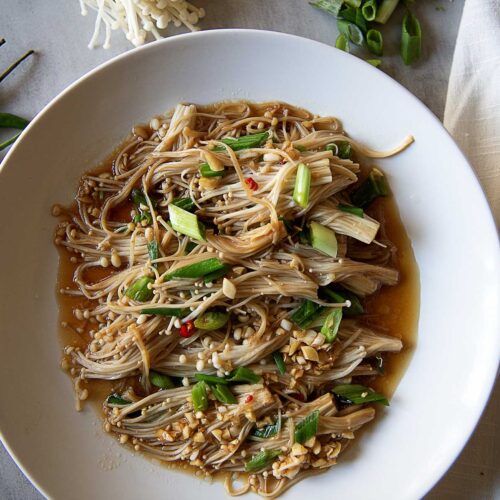 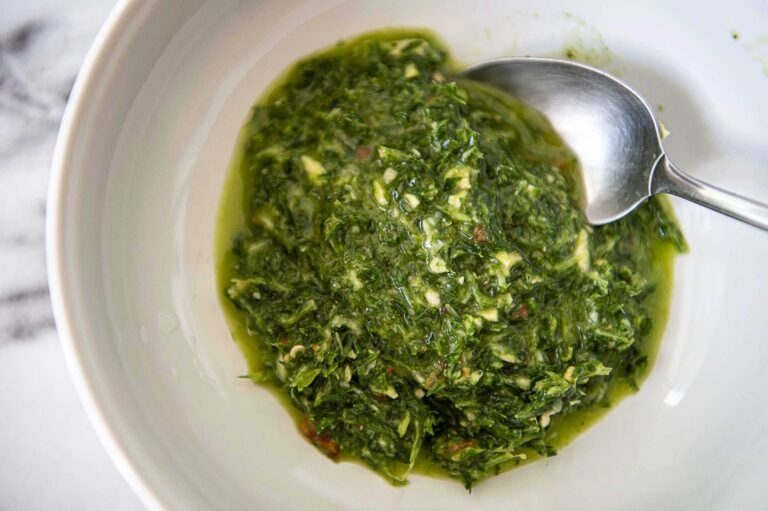 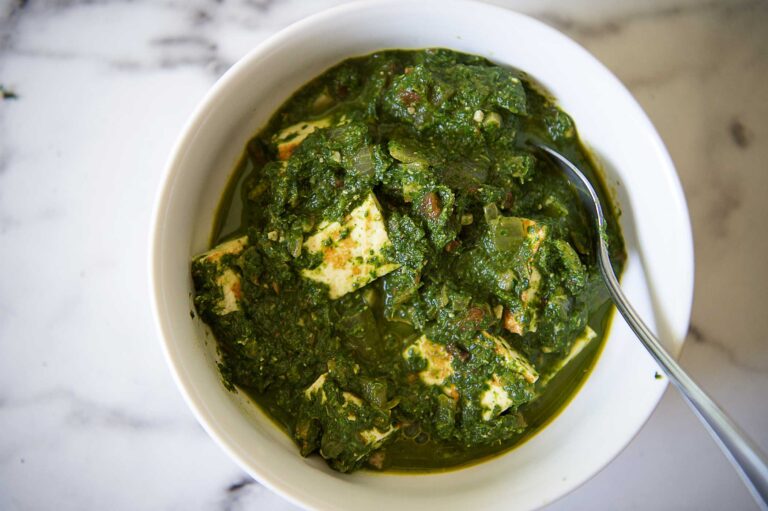 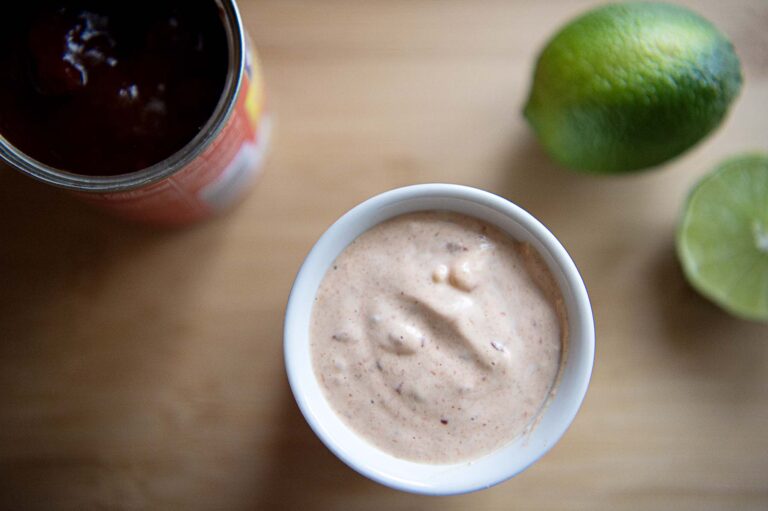