Flavorful, savory, easy to make, and lasts for months, this vegetarian homemade chicken bouillon powder recipe will become the go-to seasoning in your pantry.

This naturally vegetarian bouillon seasoning tastes like it has chicken in it, but in fact comes together quickly from seasonings you probably already have in your pantry.

Chicken bullion powder is great for creating a broth.

Sprinkle it into gravy, mix some into a pot of rice, flavor stews, season potatoes- the possibilities are endless.

What is chicken bouillon powder recipe?

The most common ways that you will find chicken bouillon are:

This flaky, funky, savory ingredient is common in vegan cooking.

In this bouillon powder, nutritional yeast gives it flavor and texture.

This is another essential ingredient in powdered chicken bouillon. For this recipe I use kosher salt and recommend you do the same. Kosher salt has a better taste than iodized salt.

Onion and garlic powder are put together with a bunch of dried herbs: parsley, basil, oregano, and thyme.

These will add a lot of flavor and help give it that familiar chicken taste.

History of the Bouillon Cube

Before there was bouillon there was portable soup. This was also a precursor to meat extract, and consists of a dehydrated broth and meat glaze.

This was well known to soldiers, as well as explorers and seamen, and said to keep up to a year and widely considered a meal that was nutritious as well as filling.

This meal was written about by Sir Hughe Play who referred to the paste as “gelly”. In his recipe he wrote to boil the feet or legs of beef cattle long enough to make a good broth, and then to strain it, and boil it down more, until it made a “gelly”.

Plat also wrote about how this could be turned into various other foods, by flour, or making it stiffer with the addition of isinglass.

He primary interest in this as the base for a soup, or as a concentrated food.

In terms of a product made in mass, the credit goes to Mrs Dubois.

They won a contract to manufacture if for the Royal Navy, along with William Cookworthy.

It’s also said that Lewis and Clark carried portable soup on their expedition to Louisiana during the Louisiana Purchase.

This is known due to a letter he sent from Fredericktown Ohio, in which he mentioned purchasing the soup from Francois Baillet, who was a cook in Philadelphia.

Portable soup took a hit whenever the physical Dilbert Blane released a study on the health of the British Navy from 1779 to 1814, in which he said that their health was lacking.

Once this happened canned meats, as well as meat extract gained in popularity.

This is just a thought, but in an odd way, it sounds like this might have been how MRE’s came about?

When Things Kicked Off

In 17th Century England there were tablets that consisted of dehydrated meat stock, as was cataloged by the English food write Anne Blencowe(food blogs were even cool then lol).

In a classic French fashion, quite a few chefs of the 19th Century tried to patent bouillon cubes, and tables, but luckily they were turned down due to a lack of originality.

They just couldn’t be happy with already owning all of the Mother sauces.

The French inventor of food preservation(Nicolas Appert) also tried to patent a dehydrated bouillon in 1831. This is mainly used as a way to preserve soups, however Appert also preserved fruits, vegetables, juices, dairy products, marmalades, jellies, and syrups.

What Is This Used For?

Seeing as how this is mainly for soup, one could imagine that portable soup was a hot commodity during these times, and this is known as pocket soup, or veal glew.

This is known as to be the cousin of glace de viande, which is translated as: meat glaze.

So when you think of bouillon, just know that its predecessor is meat glaze.

I could see this being great on Garlic Butter Steaks, or a great start for a Keto Chicken Or Turkey Pot Pie!

Known as the father of Food Science, Appert was a confectioner, who basically figured out you could conserve food in containers.

The man was the first embodiment of knowing how amazing Tupperware is.

Is this where we start a petition to get the name of Tupperware changed to Appertware? Let’s jump on this! (Please note that this is sarcasm)

Was there anyone else in the dehydrated food game?

Another player in the dehydrated meat/glaze game: French chef/restaurateur known by the name of Georges Auguste Escoffier.

A culinary writer who also updated French cooking methods, who based his work off of Marie-Antoine Carême, and became known for modernizing food off of her ornate style.

Also well known for making the five Mother sauces codified, which is a shorthand way of saying: readable.

He also used his military background to bring order and systems to kitchens, and many restaurants still run off of this standard today.

Take this , and fast forward a bit, bouillon cubes happened to be industrialized by the company Maggi in 1908, and by Knorr in 1912.

It’s genuinely kind of wild to think that the company Knorr (who makes easy to cook pastas), was around in that time period.

How to make chicken bouillon powder

This chicken bouillon recipe couldn’t be easier to make! All you need is about 10 minutes, a blender, and a handful of spices that you probably already have in your pantry.

If you don’t have a blender, you can simply stir it. The blended version is more of a powder, gives a more concentrated flavor, and is texturally smoother.

If you opt for the stirred version, simply use a little more of the chicken bouillon in whatever you are making.

How to make chicken broth from bouillon

In order to make a chicken broth from bouillon you will want to take your desired form of bouillon and add it to heated water that is at a rolling boil.

After this is finished, add other seasonings to taste in order to make chicken bouillon seasoning.

The ratio I use to make chicken broth using this chicken bouillon seasoning recipe is roughly 1 tsp of powder to 1 cup of boiling water.

How to make chicken bouillon cubes

Make sure to keep all of the fat from the chicken/bones that you use to make the stock, and then begin to simmer the stock down to the point that you get a sauce that’s almost like a syrup.

Once this liquid has reduced to that point, pour it into a lined metal container/pan, and place it into your refrigerator overnight.

When you wake up in the morning you will have a beautifully congealed rectangle of delicious chicken bouillon cubes.

You can use this method to make bouillon with any protein of your choice. The most common ones are beef, chicken, and pork. I’ve never really tried this with any sort of fish, so I can’t speak on if that would work or not.

Is there a healthy bouillon?

The best way to go about having a healthy alternative to bouillon is to make your own stock. This is something that is super simple to do, and a great way to make use of scraps.

We like to save the remnants of any vegetable or animal carcass in gallon size freezer bags, and then add those to a pot with herbs like ginger, cilantro, maybe some anise and garlic along with a healthy dose of salt, and then bring that to a boil.

Let this go for however long you like, but keep in mind that the longer it goes, the deeper the flavor will get.

Once you get to a point you like, simply strain it off, and let the liquid cool. Now you have your own stock/broth!

What is the difference between chicken broth and chicken bouillon?

They are both essentially trying to fill the same role, however, chicken bouillon is on steroids, while broth is just lifting weights like a normal person.

What is the difference between chicken broth and chicken bouillon?

This is a highly condensed/concentrated version of chicken broth. They are both essentially trying to fill the same role, however, chicken bouillon is on steroids, while broth is just lifting weights like a normal person.

Can you drink chicken bouillon?

Not really…however, you could add it to water, and dilute it to the point that you could drink it, but I would suggest sipping on broth instead.

How do you make dehydrated bouillon?

Our chicken bouillon powder recipe would be how you go about that.

How to use chicken bouillon

Add an abundance of flavor to various dishes like:

This homemade bouillon powder lasts up to a year. Store in an airtight container and in a cool dry place. You don’t need to store this in a fridge. 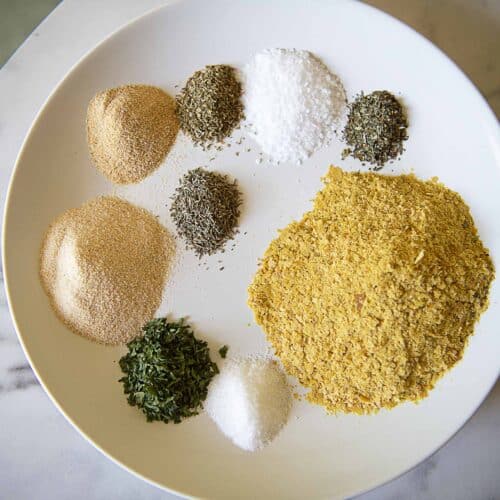 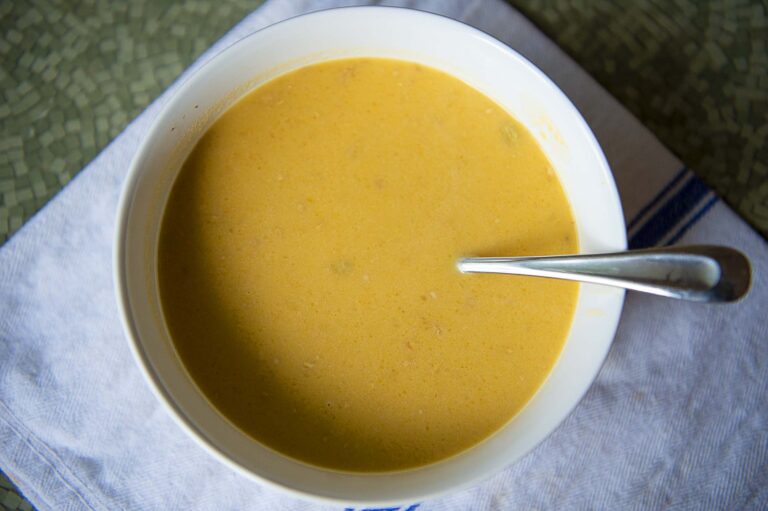 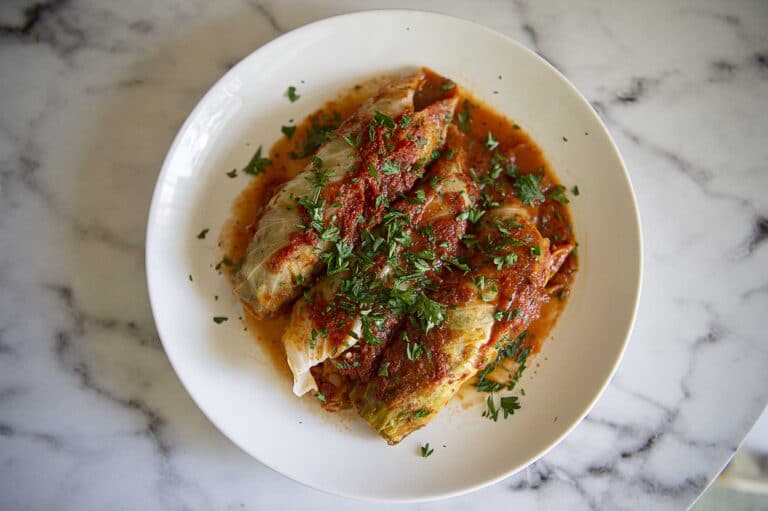 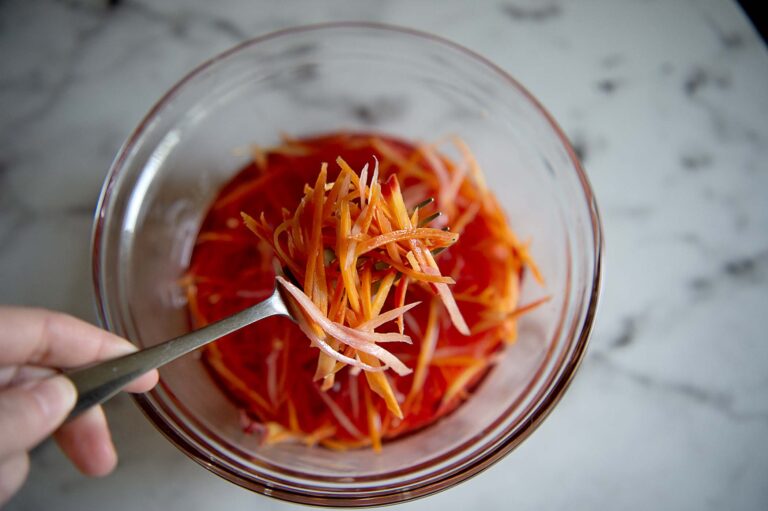